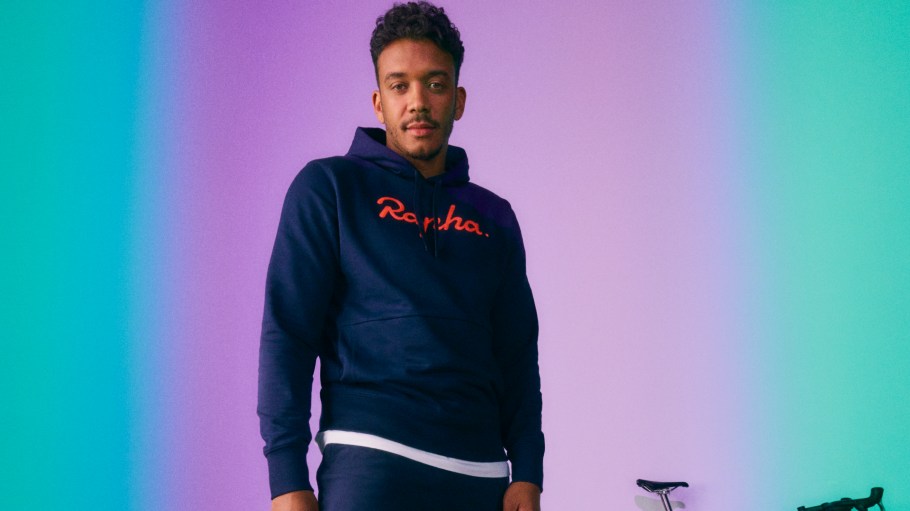 Runner Chris Focus in the Sports! campaign from Nordstrom.

Nordstrom is getting sporty for its latest pop-up.

The 17th iteration of the retailer’s Concepts @Nordstrom is a multibrand shop it’s calling Sports! The space features apparel, footwear and accessories for golf, tennis, running, training and cycling inspired by nostalgic sportswear.

The mix will include exclusive capsules from Bogey Boys and Malbon Golf for the golf enthusiast; Full Court Sport, Lacoste, Palmes, Paterson and Reigning Champ for tennis; 2XU, District Vision, Hoka One One, O Design Studio, On Running and Y-3 for running and training, and Rapha, MAAP and Pas Normal Studios for cycling.

Five of the 16 brands of men’s and women’s ready-to-wear, shoes and accessories will be available at Nordstrom for the first time. Prices will range from $7 to $500.

“Heading into summer, we are excited to offer the Nordstrom customer a fresh take on sports product,” said Sam Lobban, senior vice president of designer and new concepts. “Whether you are a performance athlete or just trying out a sport for the first time, we hope Concept 017 offers something unique and interesting you may not have seen before.”

Concept 017: Sports! will launch May 12 and remain in place through the end of July online and at 13 Nordstrom stores around the U.S., including the men’s store in New York and the Seattle flagship.

CAA Fashion has signed Anna Trevelyan for representation in all areas.

Her work has been seen on campaigns for brands including Nike, Puma, Kenzo, L’Oréal, Sephora, MAC Cosmetics and Maybelline, as well as featured on the covers of Elle, Harper’s Bazaar, Vogue Japan, V Magazine and GQ, styling the likes of Lady Gaga, Dua Lipa, Lizzo and Kendall Jenner.

“Fashion, what it means, who it’s for and how it works is moving and evolving at such a fast pace, and I believe there is so much potential for stylists and creative directors like myself to apply our ideas and skills in a multitude of ways beyond what we are doing now,” she told WWD in an exclusive statement. “Which is why I am thrilled to join CAA, an agency who aligns with my vision of expanding my career and skill set, and who I trust will work alongside me to achieve my goals, and explore new realms that I can implement my creative skills within.”

Based in New York, Trevelyan is originally from London. She’s behind Rihanna’s look in the music video for “Work” and transforming Bella Hadid into an alien for V Magazine. She has worked with photographers Nick Knight, Sølve Sundsbø, Campbell Addy, Adrienne Raquel and Charlotte Rutherford.

The historic Schindler House in West Hollywood was the site of the Farfetch Beauty launch party on Tuesday evening to celebrate the luxury fashion platform’s foray into beauty products.

The British etailer, created in 2008 by José Neves, earlier this  acquired Los Angeles cult beauty retailer Violet Grey with an eye on expanding into a new category. On April 20, Farfetch launched its beauty marketplace by posting more than 100 prestige beauty brands on its e-commerce platform. The brands cover skin care, makeup, hair, fragrance, bath and body, and well-being.

Holli Rogers, Farfetch’s chief brand officer, said Los Angeles was the perfect spot for a launch party. “We have been focusing on the U.S. in general for marketing this year,” said the Texas native, who now lives in London where Farfetch is headquartered. “We have a really strong customer base here.”